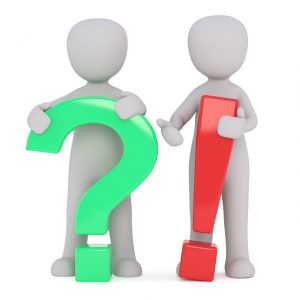 Today is National Punctuation Day, so I thought I’d celebrate by writing a blog post to help you avoid common punctuation mistakes in your writing.

Punctuation mistakes might seem like a minor thing, but punctuation guides readers’ understanding and helps them read more smoothly. Sometimes, a single comma can even change the meaning of a sentence. So learning how to avoid these punctuation mistakes is definitely worth it, and it’ll make for a grateful editor too!

1. Don’t add commas wherever you pause to breathe in a sentence.

I’ve heard that advice often, but it’s actually misleading. The rules are there for a reason, so learn them—and then if you break them, do it to achieve a certain effect, not because you don’t know them.

Incorrect: My favorite food is pizza, I love the melted cheese.

Correct: My favorite food is pizza; I love the melted cheese.

3. Don’t use a comma after a coordinating conjunction.

4. Don’t use a comma in compound predicates.

5. Don’t use apostrophes to form the plural of a noun.

The two main functions of apostrophes are to a) show possession, e.g., my brother’s car, and to b) indicate contractions and omissions. Apostrophes shouldn’t be used to form the plural of nouns.

Incorrect: My parent’s call me every Sunday.

Correct: My parents call me every Sunday.

It’s is a contraction for it is or sometimes it has. Its is a possessive pronoun. If you are ever unsure which is correct, replace the word with it is (or it has) and see if it makes sense. If it doesn’t, use its without an apostrophe.

Correct: The cat sharpened its claws.

7. Don’t place commas and periods outside of quotation marks if you are using American English.

With few exceptions, punctuation marks go within quotation marks. Note that the rules of British English differ from this usage.

Incorrect (in American English): When she says “immediately”, she means half an hour later.

Correct: When she says “immediately,” she means half an hour later.

Incorrect: Maggie pounded on the table, “Give me the book.”

Correct: Maggie pounded on the table. “Give me the book.”

9. Don’t forget to use a comma to set off a direct address (usually a title or name) in dialogue.

If you insert the address in the middle of a sentence, set it off with a comma before and after.

Incorrect: “If we don’t want to be late Mr. Benson, we need to leave now.”

If every second line of dialogue uses an exclamation mark, it diminishes the effect of every individual one. Using exclamation marks to convey emotion instead of letting your dialogue speak for itself is actually a case of telling when you should show. You can learn more about this important writing principle in my book Show, Don’t Tell.

I hope you found these tips helpful. If you have any questions about punctuation, please leave a comment.