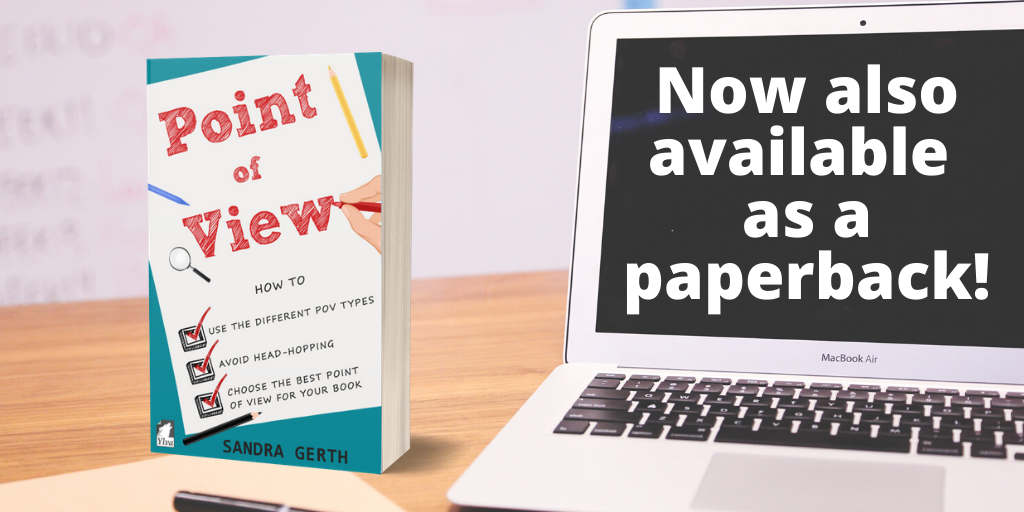 While I’m reading novels mostly as ebooks these days, I still prefer to buy the paperback versions when it comes to nonfiction. That way, I can highlight especially important sections and can keep a copy on my desk to look things up quickly.

If you are the same, I have good news for you: My writers’ guide Point of View: How to use the different POV types, avoid head-hopping, and choose the best point of view for your book is now available as a paperback too!

Point of view (POV) is one of the most powerful tools in a writer’s kit, but it’s also one of the hardest to understand and master.

My writers’ guide will teach you how to handle point of view in a way that will make your readers identify with your main character, draw them into the story, and keep them captivated until the very last page.

Each chapter includes concrete examples and exercises that will hone your writing skills. Whether you’re a novice writer working on her first story or an established author, this book will help you to:

Get your paperback copy here: