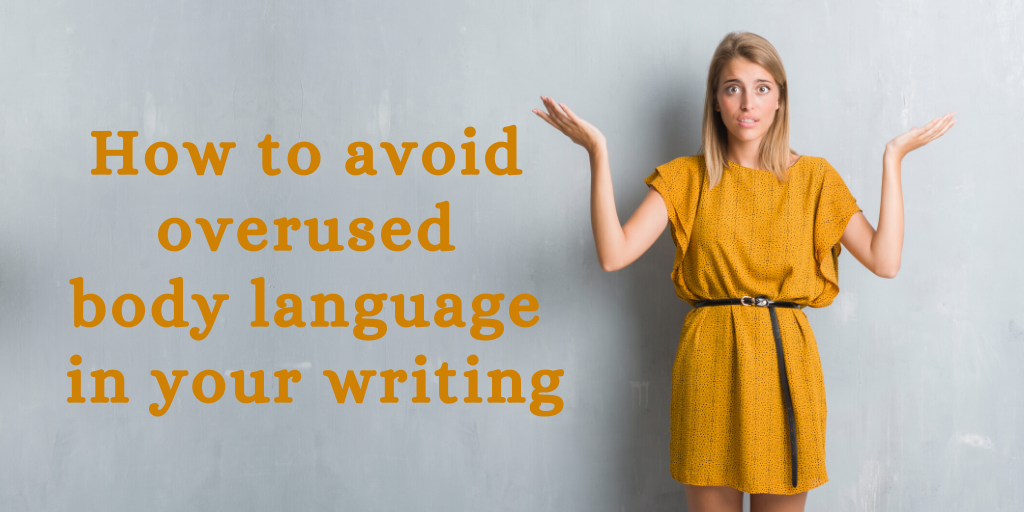 Human communication is mostly nonverbal, so it makes sense to use plenty of body language, gestures, and facial expressions in our writing. Showing your characters’ emotions through their body language is also a wonderful way to avoid telling (More about showing vs. telling here). Instead of saying she was nervous, you could show her fiddling with her keys, for example.

But if you use the same body language over and over again, readers will start to notice—and become bored.

I’ve read manuscripts in which the characters seemed to smile fifteen times on each page. Or they nodded so often that they came across like bobbleheads.

What descriptions of body language do writers overuse most often?

Every writer has their own go-to descriptors, but the ones I find most often in manuscripts are:

How do you avoid overusing certain gestures or facial expressions in your writing?

She raised her eyebrows.

She nailed him with a you’re-full-of-shit look.

Her glare could have turned bread to toast from fifty yards away.

She nervously bit her lip.

She coiled a loose string from her T-shirt around her finger, unraveled it, then did it again.

What body language and facial expressions do you typically overuse in your writing? Tell us in the comments!