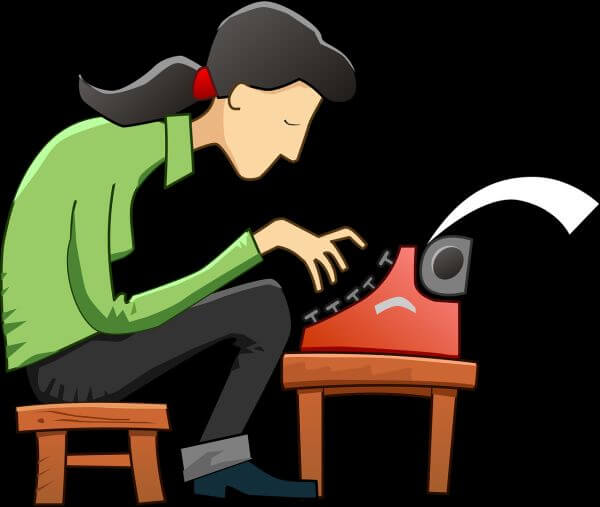 Writers are often advised to write a first fast draft and get down the bones of the story as quickly as possible without stopping to revise, edit, or look up things, and then take their time revising. Other writers prefer to write slowly and edit as they go, polishing each paragraph before moving on.

So I interviewed ten of my fellow Ylva Publishing writers to find out where they fall on the spectrum of “writing at warp speed” vs. “writing slowly and polishing as they go.”

Read on for a variety of interesting answers.

Caren Werlinger, author of Turning for Home and the newly released Cast Me Gently:

I tend to edit as I write. If I get into a groove, I’ll write a large section quickly, but I always have to go back over it before I can move on. When I was writing my upcoming novel, Cast Me Gently, I needed to do a lot of ongoing research on Pittsburgh in 1980. I had lived there then, so I remembered a good bit, but still there were things I needed to double-check for accuracy.

My style is, to some extent, a combination of both. I don’t polish each paragraph as I go, but I will try to improve each chapter before proceeding to the next. However, if a story is spilling onto the page in an exuberance of creativity, then I try to get out of my own way and just let it flow. I know that I can trust my beta readers and myself to polish it afterwards. The first draft, no matter how much I edited during the writing process, won’t be the definitive version of the story. That will only come when I’ve reviewed and revised the first draft, because by then I’ve often gone off in an unexpected direction and have to return to earlier chapters to make plot points consistent.

For example, an unexpected plot twist about two thirds of the way through my forthcoming novel, Stone Gardens, meant I had to return to earlier chapters and change some details about a secondary character’s motivations to achieve cohesion and coherency. It’s a rare story where that doesn’t happen for me.

I’m still at the beginning of my career where I am struggling with everything—formatting, grammar, story, POV (the list is endless). For me, I need to edit on the spot to work on these issues and become a better writer. At the moment, I have the most trouble with “telling not showing.” I’ll write a sentence only to realize that I’ve told the action. So I revise. My delete button on the keyboard has a permanent indentation in it after my debut novel, The Set Piece. My hope is that I will learn how to “show” the first time around before I have to replace the key.

Cindy Rizzo, author of the newly released novel Getting Back:

I’m somewhat in the middle. I haven’t attempted the “write fast” method, but I’m also not meticulously editing as I go. I tend to write until I lose focus, which could be after an hour or after 10 minutes. It depends on my mood and the level of inspiration I have at the time. Also, I do stop to look things up, particularly when it comes to descriptions. For example, as I was writing the first draft of my newest book, Getting Back, I needed to describe the exterior of a house in the Flatbush section of Brooklyn. I wanted it to be a nice house that had been subdivided into apartments at some point. So I went to Google Images and looked for houses in Flatbush. I found one that seemed to fit and then used it as a basis for describing the house where Ruth Abramson, one of my main characters, lived with her family. I guess I could have left that section of the manuscript blank and then come back to it later, but I’m way too linear to do that.

Blythe Rippon, author of Barring Complications and the upcoming Stowe Away:

My process is a hybrid of these two. When I teach academic writing, I advocate for Anne Lamott’s idea of a shitty first draft—it helps writers avoid the self-censorship that comes from trying to be perfect the first time. That tactic is particularly useful for academic writing, when complex ideas come and go and if you don’t get them down they’ll slip away from you. With fiction, style is, in my opinion, every bit as important as plot. So, while I give myself permission to write quickly and edit later, that “later” is usually immediately after I complete a scene. Put another way, on the microlevel, I write fast drafts of scenes, and on the macrolevel, I can’t get to the end of a novel without having editing the hell out of it first. And even then, once I reach the end, I edit the entire piece again. And after that, I edit it again.

I just finished working with my editor on my latest novel, Stowe Away, and I read through the piece one last time before it heads to the proofreader. Reading it cover to cover, I felt really proud of it, and I know that’s in large part because I took my time with the story, doing multiple rounds and levels of edits, and the writing and plot have had time to mature. Every writer’s process is different—this is the one that works best for me.

RJ Nolan, author of L.A. Metro and In a Heartbeat:

I’ve tried both methods. For me, I work best going slowly a chapter or two at a time, then with feedback of my beta reader making revisions before moving on. I try not to get more than three chapters ahead. With this approach, it avoids for the most part any major revision that span multiple chapters or story arcs. That’s not to say there aren’t revision to be done once the first draft is complete. At that point, the story always benefits from a thorough going-over to smooth the reading flow and check the pacing.

The first thing I was taught when I became a newspaper journalist was to always bash out a first draft and make the words pretty later. If you have deadlines and no luxury of time, then this is a sensible approach—after all, it’s much easier to edit words you already have—no matter how lame—than to write something fresh. And this is a great way to avoid writer’s block, as you have something to play with while waiting for the inspiration to kick in.

Because my attention span is limited to about 15,000 words at any given time, when I wrote The Red Files, I would bash out a first draft on each chapter, then polish it up until I was happy with it and then I’d move on to the next. I hear strange, mythical tales of authors who write whole books in draft form and then go back to the start. I find the mere idea of this so daunting it makes my knees weak. They’re braver souls than me.

Jae, author of Next of Kin and Damage Control

Since I’m an editor as well as a writer, I can’t seem to break the habit of editing and revising as I go. I even send each chapter to my team of beta readers and critique partners as soon as I complete it. That saves me from taking the story in a direction that doesn’t make sense and having to rewrite half of the book later. But while working on my upcoming novel, Just Physical, I’ve been trying to keep myself from looking up small details—for example, finding a name for a main character’s ex or finding out what state of the US gets the most thunderstorms. Looking things up online sometimes kills my productivity because I tend to get distracted by shiny objects on the Internet.

G Benson, author of All the Little Moments

I like the word process there—it makes it sound like I have one. I suppose I do an odd mix of the two—I will sit down and tear through 5,000-10,000 words, forgetting reality as I do so, then go back and read through. I wouldn’t say I do a massive edit there, but I definitely do a lot of chopping out and sorting out my ideas. I then sit down and repeat this madness with the next few thousand words the next day or next week or next month until I have something you could almost call a story. Only then do I buckle down and try to edit whatever mess I’ve created. I say mess because usually I’ve added something halfway that then needs referencing to/hints off in the early parts. Amidst all this is the odd muttered swear word, a lot of coffee and forgetting to do things like go to work, because I stupidly started writing an hour before I had to leave.

Fletcher DeLancey, author of The Caphenon and Without a Front

I’m an editor as well as a writer, so I do all of that stuff as I go: revise, edit, and fact-check. But I am specially trained; do not try this at home!

Joking aside, writing is an intensively creative process and easy to interrupt, with sometimes fatal consequences. I think the advice is generally good, especially for new writers who haven’t yet established their own routines. Get the ideas out first—they’re the fragile part of what you’re doing. When the ideas and scenes are safe, then go back and do the more prosaic work. Jot quick notes while you write (e.g. “chap. 3 driving scene: does a Mini Cooper have five or six gears?”) so you won’t have to remember all of those questions or thoughts afterward.

But if you’re comfortable with interruptions, by all means, do the editing and fact-checking on the fly. I find that editing helps get my brain into the necessary headspace for moving ahead with today’s creativity. When I wrote The Caphenon and Without a Front, the first thing I did most mornings was read over the previous night’s work. It’s amazing how different one’s own words can look after a few hours of rest.

So, where on the spectrum do you fall? Do you prefer to fast-draft or to write more slowly? Please leave a comment.